We have had a fairly busy 2 weeks with our Tapestry of Grace (TOG) studies.  The topic of Week 5 is the Tower of Babel and Mesopotamia.  Week 6 focuses on the stories of the Patriarchs.  We were assigned chapters 12-50 in Genesis in one week!  Thankfully, we have the whole Bible on CD which we listened to this week or I don’t think I would have any voice left!

Last week we had our 2nd co-op meeting where we finished up discussing Egypt.  The UG kids made pyramids out of sugar cubes. 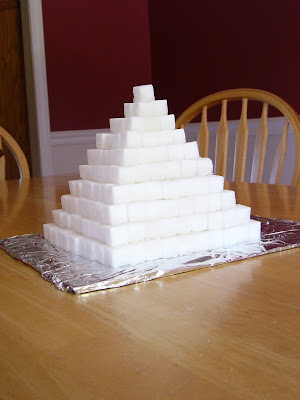 My kids tend to be slow on doing projects so they weren’t able to finish them at co-op. They finished them last week at home.

They also painted their salt dough maps that they made at our first co-op meeting. 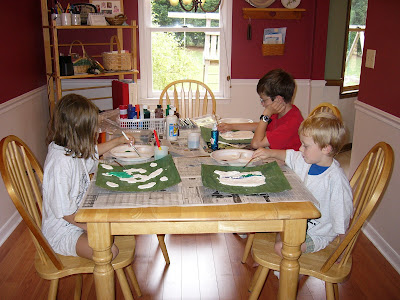 My older son has spent 2 weeks designing a Royal Game of Ur game board. It’s 99% finished, but I don’t have pictures to share of it yet. My daughter made a model ziggurat which we downloaded from here. She also started a weaving project.

Finally, yesterday I decided to try the no-bake cookie dough map idea.  My younger son made a map of Israel. 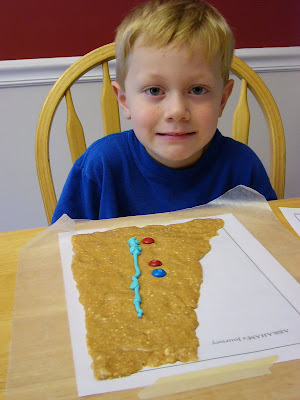 My daughter made a map to show Abraham’s journey from Ur to Canaan, to Egypt, and back to Canaan. 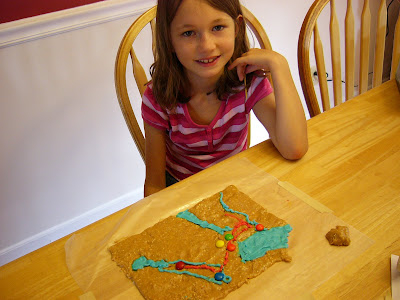 My older son made the same map as my daughter, but he added flags to identify the cities. 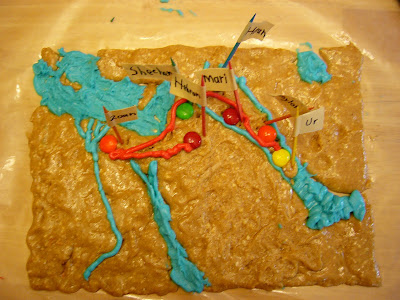 Everyone enjoyed themselves making and eating their maps!