Well, actually I hope this was not a normal week.

On Monday morning I noticed a strange burning smell in my room. After a little bit of investigation, I discovered the heat pump was using auxillary heat. That was odd considering it was over 40 degrees outside. To make a long story short, one of our heat pumps was irreparable and needed to be replaced. I’ll spare everyone the financial details, but we’ll just say we’re going to be going on Dave Ramsey’s beans and rice, rice and beans meal plan for a while.

Tuesday we returned to our monthly homeschool book club. This month’s topic was U.S. Presidents. All 4 of the children (hmm. I guess that’s not right anymore.) Everyone but the baby presented. From youngest to oldest they children chose George Washington, Abraham Lincoln, Thomas Jefferson, and Franklin Roosevelt. My middle son pointed out that they had chosen all the presidents on coins. Pretty observant!

Little one presented on George Washington. Here is one page of her book. 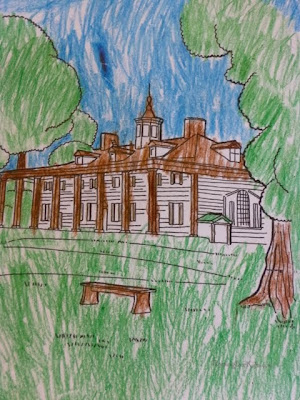 That girl sure loves to color!

My middle son is very interested in the Presidents, so I made sure that he did a presentation this time. He hasn’t started participating on a regular basis. We made a book on Abraham Lincoln. He dictated some sentences to me about things he had learned. I typed them up and found images on-line to print. He pasted them onto the top of the page. I was very proud of the way he read his book to the group! 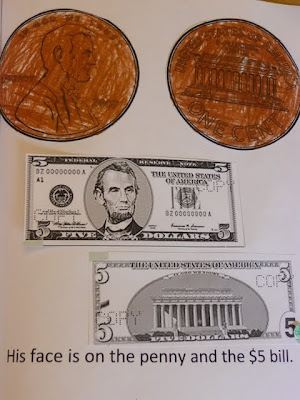 My older daughter reported on Thomas Jefferson. She chose to make a lapbook of her own design. 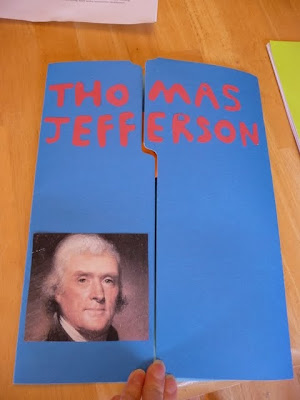 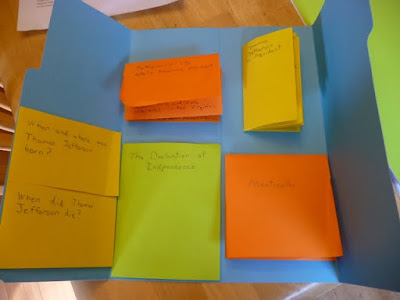 My oldest son did a report on FDR. He made a Power Point for his presentation.

Continuing on with the week–

My middle son had his yearly achievement test on Wednesday. That’s really the topic of another post. I’ll just say that some things were encouraging (he has made progress since last year), but there are definitely some major learning issues with him. I’m trying to figure out where to turn for help.

We got back to General Science with my oldest son this week. We’re a bit behind and are still working on Module 6. On Thursday he did an experiment on sedimentation. My youngest decided that she was going to do science too. She even made a drawing for her “Science notebook”. 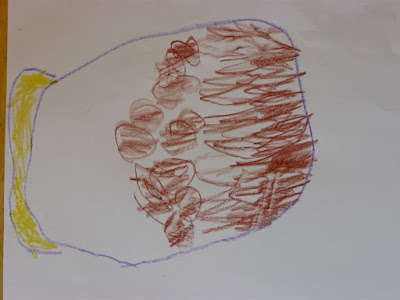 I think if she had been my oldest child, I would have thought that homeschooling was a breeze. She has such wonderful enthusiasm for everything. She is a quite a joy!

How was your week?

4 Responses to “Weekly Wrap-Up: Back to Normal?”