I remember a friend of mine trying to explain The Lion, the Witch, and the Wardrobe to me when I was around 9 or 10. At that point, I had never heard of the books, and they really didn’t sound that interesting to me. But several years later, my parents bought them for me to read. (They read them too!) I remember reading the whole series very quickly and enjoying them. But don’t ask me if I understood the symbolism. I was never very good at recognizing symbolism. 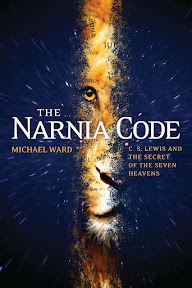 I have read the series several times again as an adult. I am now able to recognize much of the Christian imagery found in the books, but that’s mainly because I’ve been told what it is. So when Tyndale House offered The Narnia Code to members of the Tyndale Blog Network for review, I knew it was something I needed to read. Here’s their description:

Millions of readers have been captivated by C. S. Lewis?s famed Chronicles of Narnia, but why? What is it about these seven books that makes them so appealing? For more than half a century, scholars have attempted to find the organizing key?the ?secret code??to the beloved series, but it has remained a mystery. Until now.

In The Narnia Code, Michael Ward takes the reader through each of the seven Narnia books and reveals how each story embodies and expresses the characteristics of one of the seven planets of medieval cosmology?Jupiter, Mars, Sol, Luna, Mercury, Venus and Saturn?planets which Lewis described as ?spiritual symbols of permanent value.?

How does medieval cosmology relate to the Christian underpinnings of the series? How did it impact Lewis?s depiction of Aslan, the Christlike character at the heart of the books? And why did Lewis keep this planetary inspiration a secret? Originally a ground-breaking scholarly work called Planet Narnia, this more accessible adaptation will answer all the questions.

I thoroughly enjoyed reading this book. I can’t remember the last time I’ve read through a non-fiction book in 2 days, but I had trouble putting this one down. Michael Ward makes an excellent case for his theory about the underlying theme of the series in an easy-to-read, anecdotal style. The theory is very intriguing. I highly recommend this book to anyone who has read the Chronicles of Narnia and is interested in learning more about them.

I received a free copy of this book from Tyndale House as a member of the Tyndale Blog Network.

4 thoughts on “The Narnia Code by Michael Ward”