My 8 year old daughter completed weaving a small doll blanket using a 14 inch cardboard square for a loom. We made the loom by making a small mark every 1/4 inch along 2 opposite sides of the cardboard.  Then I cut a 3/4 inch slit with scissors to line up with each mark. 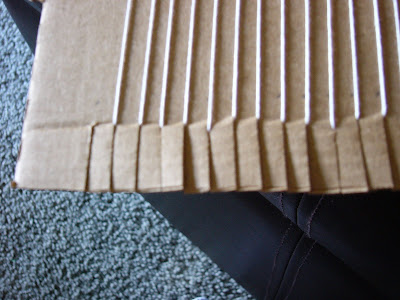 Here’s a close-up of the slits.

Next, we wrapped bedspread weight cotton thread around the cardboard going through each slit and its corresponding one on the other side. 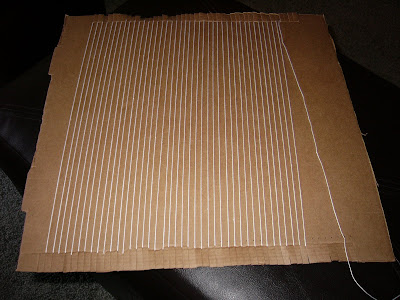 Here it is almost completely wrapped.

It is one long piece of string. The back looks the same as the front at this point. Next, my daughter used yarn to weave through the parallel strings. She chose to weave several rows of one color, working down and back the other direction and then switched colors. This made a striped pattern. I unfortunately forgot to take pictures of the intermediate steps. After the weaving was a long as she wanted it, we cut the strings along the back of the loom. Then the strings were tied in knots in pairs and cut to the desired length for fringe. 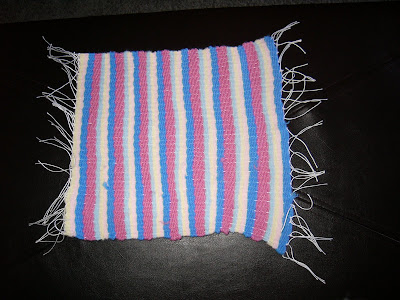 She had so much fun with it that I ordered her a lap loom from Vision Forum for Christmas. It’s a surprise though!