I’ve said before I am not an extreme couponer. I don’t have the time nor the space to stockpile that much. But last Thursday my in-laws were watching my kids for me so I could go out and have some time to myself. They live right by a CVS and I was going to the mall which has another CVS, so I decided to see how much better I could do using multiple transactions.

I began the day with $14 Extra Bucks. Four trips to CVS later, after spending and receiving more several times, I had $3 remaining in Extra Bucks. 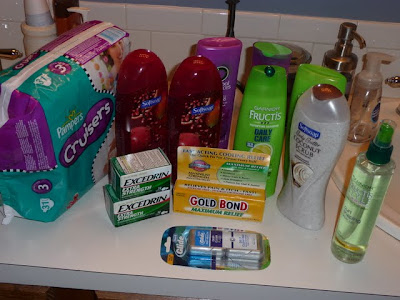 My total spending was $16.36 and my savings were $58.17! I’m certain that many people could do better. I could have done better if I had a few more duplicate coupons.

I’m still not going to do this every week, but when there are so many items that I buy that have Extra Bucks offered, I will definitely consider trying it again.