Last year I came up with an idea. I’m sure it’s not original to me, and I’ve actually seen several variations of this basic idea lately. But I wanted our Thanksgiving dinner to be about more than just food and family. Not that those aren’t good things. But I wanted to make sure that we each paused and shared something specific we were thankful for. 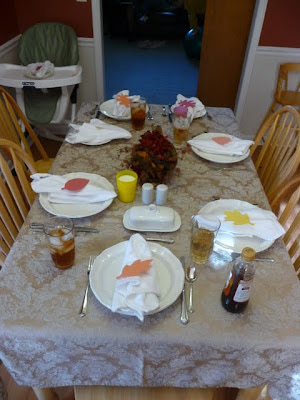 What I decided to do was cut out leaves from construction paper. These were added to each place setting at our table. Before we ate, everyone took some time to write at least 1 thing they were thankful for. (That was tough for my oldest.) Each person initialed and dated the back of his leaf, and I collected them for safe keeping.

Later, I laminated the leaves, cut them out and punched holes in the stems. (Actually my daughter did everything but the laminating.) 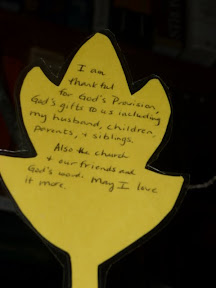 This year we found a large stick in the yard (OK, it was my daughter again…) and brought it in. I put it in a glass hurricane jar with pecans to hold it up. 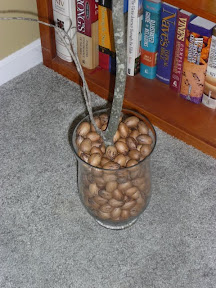 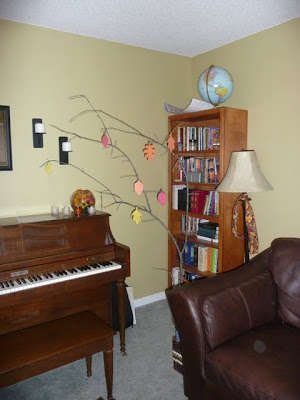 Then I slid the leaves directly over some of the branches. I am really pleased with how it turned out. My daughter is preparing this year’s leaves which we’ll add to the tree. Next year we’ll have more leaves on the tree and more things to remember being thankful for.